Located at about 25 km west of Thrissur, the District headquarters, Triprayar is a small rural town along the western coast. Though there are pockets of prosperity here and there, the region within a radius of 10-15 km from the Polytechnic is inhabited by the rural poor pursuing a variety of vocations like agriculture, fishing and traditional trades and crafts.
In the year 1983, the institution celebrated its Silver Jubilee with a myriad of activities, unmatched in the history of Polytechnics in the State. Almost the entire gamut of activities was directed towards bettering the living standard of the rural poor. An exhibition highlighting the application of Science and the Transfer of technology to the rural masses surpassed all expectations; more than one lakh people visiting the exhibition. As a permanent monument of the Silver Jubilee Celebrations, an auditorium has been constructed at a cost of Rs. 12 lakhs. The auditorium having a plinth  area of 1000 m2 and a seating capacity of about six hundred was constructed entirely from the funds raised from the general public and the alumni, which is a glowing tribute to the acceptance of the institution among the public.

The spectacular success of the Jubilee activities, with its special emphasis on rural development and the tremendous support and goodwill that the institution developed in the rural society prompted the Ministry of Human Resources Development to declare this Polytechnic as a Community Polytechnic. The ministry also accorded sanction for starting a Centre for Development of Rural Technology under Direct Central Assistance.

The year 1993 witnessed the beginning of a new era in the history of Sree Rama Govt. Polytechnic College with the introduction of an International project named Canada India Institutional Co-Operation Project CIICP supported by the Association of Canadian Community Colleges and Canadian International Development Agency The project aimed at strengthening the Polytechnic education system leading to sustainable development. The project brought an environment for the Polytechnic to strive for a leading edge in the competitive world. The project already projected a brilliant image of the institution into the circle of business, industry and the community and is leading to a winning edge among the fellow competitors. 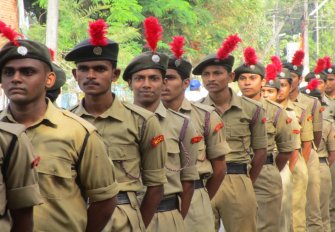 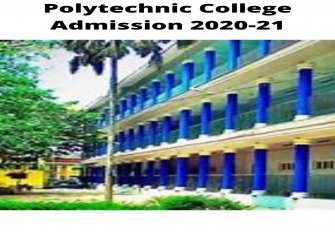